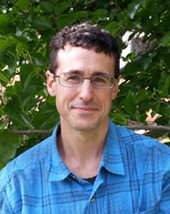 Ben Berman is the author of three previous collections of poems. His new book, Writing While Parenting, is a collection of humorous and literary essays that considers what it means to pursue one’s creative passions while also raising a family and explores the strange overlaps between the creative life and procreative life. He has won the Peace Corps Award for Best Book of Poetry, has twice been shortlisted for the Massachusetts Book Awards, and has received awards from the Massachusetts Cultural Council and New England Poetry Club. 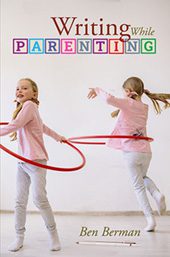 Nancy Crochiere wrote a humor column about family life for Massachusetts newspapers for thirteen years, then published a collection titled The Mother Load. She has worked as a development editor for various educational publishers and has written essays for The Boston Globe, Writer’s Digest, and WBUR’s Cognoscenti blog. She began her fiction career by penning creative notes excusing her daughters’ tardiness at school. With her girls now grown, she lives north of Boston with her husband, a lawyer and marathoner, and a few house plants that could use more attention. Graceland is her first novel. 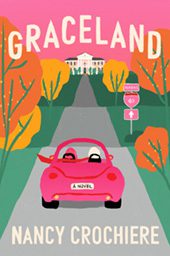 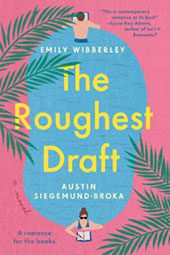 Alena Dillon is the author of Mercy House, a Library Journal Best Book of 2020, The Happiest Girl in the World, a Good Morning America pick, My Body Is A Big Fat Temple, a memoir of pregnancy and early parenting, and her latest novel, Eyes Turned Skyward. Her work has appeared in publications including The Daily Beast, LitHub, River Teeth, Slice Magazine, The Rumpus, and Bustle. She teaches creative writing and lives on the north shore of Boston with her husband, children, black lab, and lots of books. 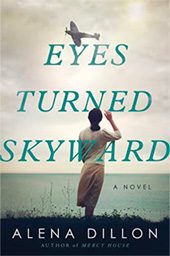 Henriette Lazaridis’ novel TERRA NOVA is forthcoming from Pegasus Books in December 2022. Her debut THE CLOVER HOUSE was a bestseller and a Target Emerging Authors pick. Other pieces have appeared in Elle, The New York Times, New England Review, and more, and have earned her a Massachusetts Cultural Council Artists Grant. She is a graduate of Middlebury College, Oxford University, as a Rhodes Scholar, and the University of Pennsylvania. Having taught English at Harvard, she now teaches at GrubStreet in Boston and runs the Krouna Writing Workshop in Greece. 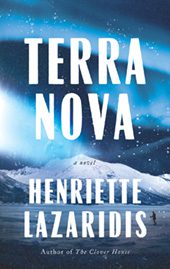 Rebecca Makkai’s latest novel, I HAVE SOME QUESTIONS FOR YOU, is to be released this February from Viking. Her last novel, THE GREAT BELIEVERS, was a finalist for both the Pulitzer Prize and the National Book Award; it was the winner of the ALA Carnegie Medal, the Stonewall Book Award, the Clark Prize, and the LA Times Book Prize; and it was one of the New York Times‘ Ten Best Books of 2018. Her other books are the novels THE BORROWER and THE HUNDRED-YEAR HOUSE, and the collection MUSIC FOR WARTIME—four stories from which appeared in The Best American Short Stories. A 2022 Guggenheim Fellow, Rebecca is on the MFA faculties of Sierra Nevada University and Northwestern University, and is Artistic Director of Story Studio Chicago. 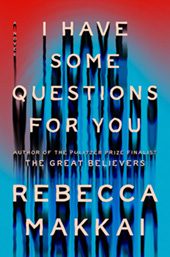 William Martin is the New York Times bestselling author of twelve novels, a PBS documentary, book reviews, magazine articles, and a cult-classic horror movie, too. His first Peter Fallon novel, Back Bay, established him as “a master storyteller,” and he’s been following the lives of the great and anonymous in American history ever since, taking readers from the Mayflower in Cape Cod to Ford’s Theater in The Lincoln Letter to the South Tower on 9/11 in City of Dreams. Bound for Gold (2018), sweeps readers back to California in the legendary year of 1849 and “solidifies his claim as king of the historical thriller” (Providence Journal). And his latest, the “propulsive” World War II thriller December ’41, captures the atmosphere in the United States in the weeks after Pearl Harbor. In 2005, he was the recipient of the prestigious New England Book Award, given to an author “whose body of work stands as a significant contribution to the culture of the region.” In 2015, the USS Constitution Museum gave him the Samuel Eliot Morison Award, for “patriotic pride, artful scholarship, and an eclectic interest in the sea and things maritime.” And in 2018, the Mystery Writers of America (New England Chapter) gave him the Robert B. Parker Award. He serves on the boards of many of Boston’s historical and cultural organizations, lives near Boston with his wife, and has three grown children. 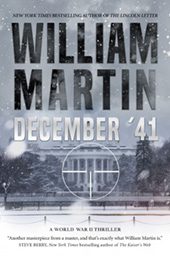 PETER ORNER is the author of the novels The Second Coming of Mavala Shikongo and Love and Shame and Love and the story collections Esther Stories, Last Car Over the Sagamore Bridge, and Maggie Brown & Others. His previous collection of essays, Am I Alone Here?: Notes on Living to Read and Reading to Live, was a finalist for the National Book Critics Circle Award for Criticism. A three-time recipient of the Pushcart Prize, Orner’s work has appeared in The Best American Short Stories, The New York Times, The New Yorker, The Atlantic, The Paris Review, Granta, McSweeney’s, and has been translated into eight ­languages. He has been awarded the Rome Prize from the American Academy of Arts and Letters, a Guggenheim Fellowship, a two-year Lannan Foundation Literary Fellowship, the California Book Award for fiction, the Edward Lewis Wallant Award for Jewish fiction, as well as a Fulbright in Namibia. He is the director of creative writing at Dartmouth College and lives with his family in Norwich, Vermont.
Photo Credit: Katie Crouch. 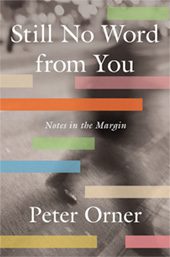 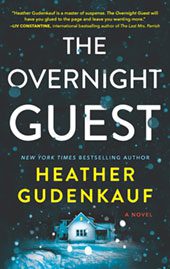 Namrata Patel is an Indian-American author who lives in Boston. Her writing examines diaspora, dual-cultural identity among Indian-Americans and explores this dynamic while also touching on both—the family’s we’re born with and those we choose. Namrata has lived in India, Spokane, London, and New York City. Namrata has been writing for most of her adult life and loves creating characters who are relatable and aspirational. Her heroines range from quiet to kick-ass and her heroes are swoon-worthy, if a little flawed. Her novel The Candid Life of Meena Dave is currently long listed for Best First Novel Prize by The Center for Fiction. Her second novel, The Scent of a Garden, will be released June 2023. 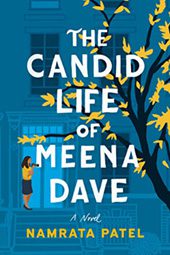 Amy Poeppel is the award-winning author of the novels The Sweet Spot, Musical Chairs, Limelight, and Small Admissions. Her writing has appeared in The New York Times, The Rumpus, Literary Hub, and Working Mother. She and her husband have three sons and split their time between New York City, Germany, and Connecticut. She would love to hear from you on Twitter or Instagram: @AmyPoeppel or at AmyPoeppel.com. 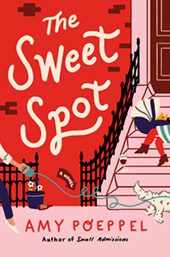 Jane Roper is the author of two novels, The Society of Shame (April, 2023) and Eden Lake, and a memoir, Double Time: How I Survived–and Mostly Thrived–Through the First Three Years of Mothering Twins. Her essays and humor have appeared in McSweeney’s Internet Tendency, The Millions, Poets & Writers, The Rumpus, Cognoscenti, Writers’ Digest and elsewhere. A graduate of the Iowa Writers’ Workshop, Jane currently lives just north of Boston in a drafty Victorian house on a hill with her husband and teenage twins. When she is not working, writing, parenting, cooking, hiking, indoor rock climbing or wasting time on social media, Jane can be found trying to read and promptly falling asleep. 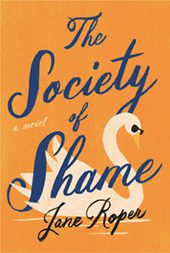 Kamila Shamsie is the author of several previous novels, most recently Home Fire, which won the Women’s Prize for Fiction, was longlisted for the Booker Prize, and was a finalist for the International Dublin Literary Award, the Costa Novel Award, and the DSC Prize for South Asian Literature, among other honors. She was raised in Karachi and lives in London. 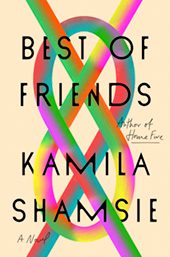 Adam White grew up in Damariscotta, Maine, and now lives with his wife and son in Boston, where he teaches writing and coaches lacrosse. He holds an MFA from Columbia University. The Midcoast is his first novel. 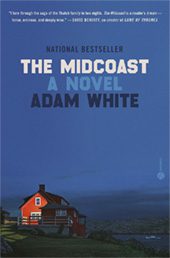 The Revelations: Erik Hoel in Conversation with Andre Dubus III — Sunday, 10:00 AM

Andre Dubus III’s seven books include the New York Times’ bestsellers House of Sand and Fog, The Garden of Last Days, and his memoir, Townie. His most recent novel, Gone So Long, has received starred reviews from Publisher’s Weekly and Library Journal and has been named on many “Best Books” lists, including selection for The Boston Globe’s “Twenty Best Books of 2018” and “The Best Books of 2018”, “Top 100”, Amazon. Mr. Dubus has been a finalist for the National Book Award, and has been awarded a Guggenheim Fellowship, The National Magazine Award for Fiction, two Pushcart Prizes, and is a recipient of an American Academy of Arts and Letters Award in Literature. His books are published in over twenty-five languages, and he teaches full-time at the University of Massachusetts Lowell. He lives in Massachusetts with his wife, Fontaine, a modern dancer, and their three children. Photo credit: John Hauschildt. 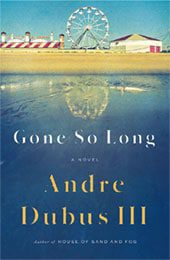